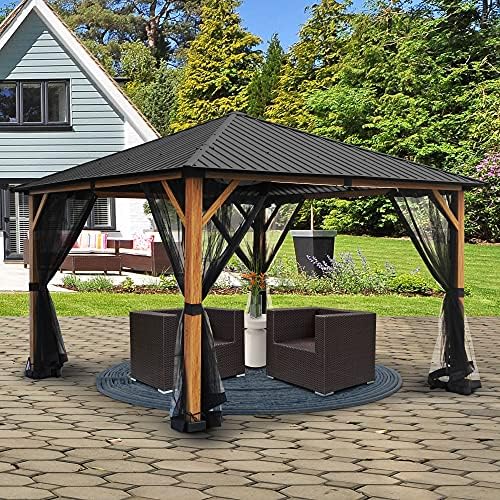 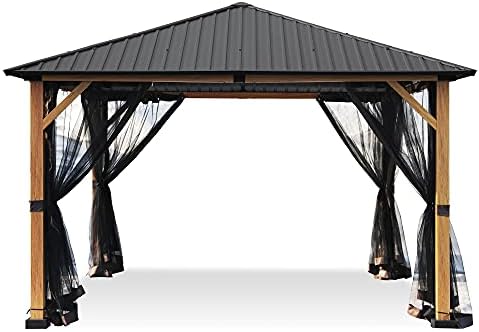 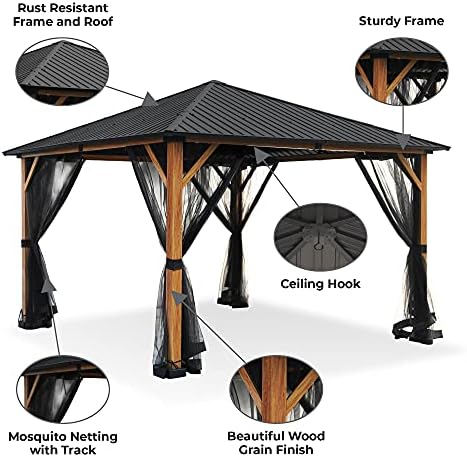 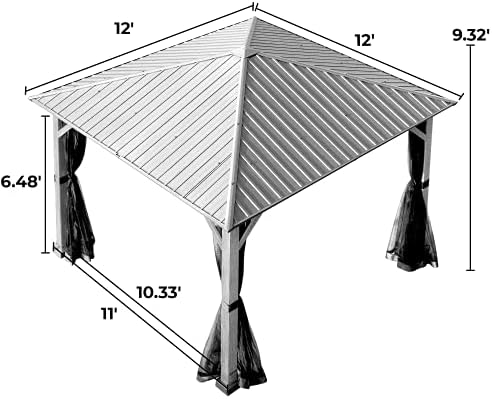 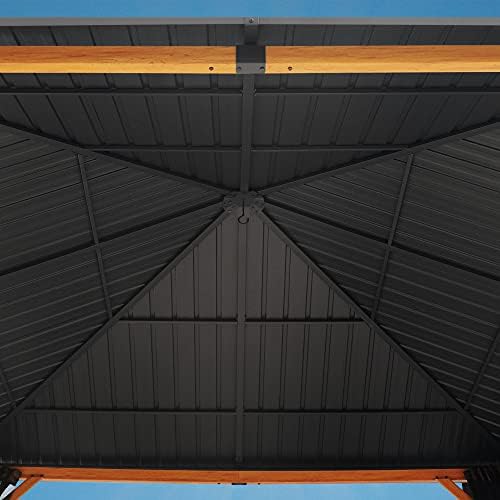 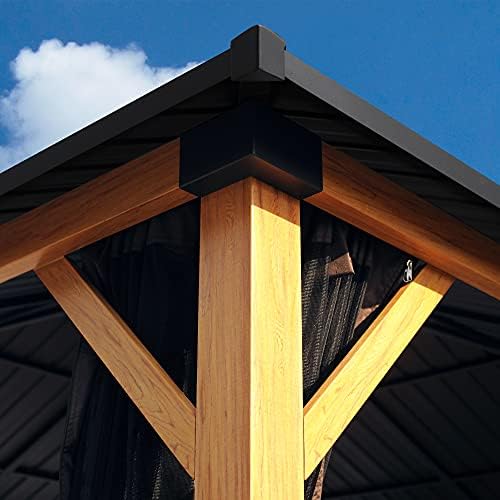 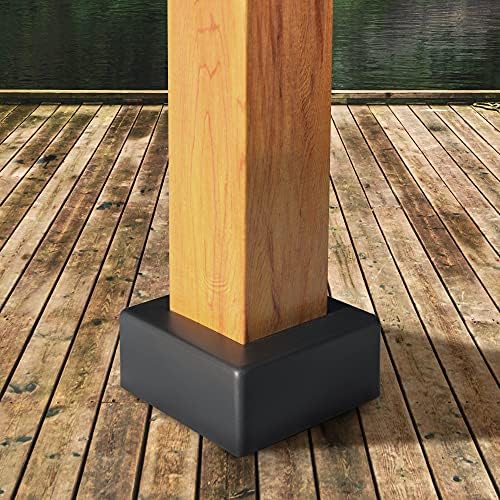 Whether you are working from home or entertaining, this gazebo will impress! The entire gazebo is made with powder coated rust resistant galanized steel, but finished with a new technology that makes the frame look like it has wood poles and cross beams! This gazebo also comes with zippered mosquito netting and a hanging hook in the ceiling. gazebo, gazebo with mosquito netting, patio gazebo, outdoor gazebo, screened in gazebo, gazebo 10×10, 10×10 hardtop gazebo, hardtop gazebo10x10 gazebo, metal gazebo, wood gazebo, gazebo with netting, backyard gazebo, deck gazebo, screen gazebo, hard top gazebo, 12×12 gazebo, gazebo wood, screened gazebo, gazebo hardtop, outdoor gazebo with mosquito netting, patio gazebo with mosquito netting, gazebo for backyard, patio gazebo clearance, 10 x 10 gazebo, hard top gazebo 12 x 12, gazebo with mosquito net, outdoor patio gazebo, patio gazebo 10×10, gazebo 12×12, metal roof gazebo, gazebo for deck, 10×10 gazebo netting, wooden gazebo, outside gazebo for backyard, steel gazebo, hardtop gazebo 10×10, gazebo for patio, 12 x 12 gazebo, hardtop gazebo 12×12, 10×10 gazebo with netting
WOOD LOOK ON A METAL FRAME: A thermal-transfer printing technique is used to give the metal the appearance of a woodgrain. The frame is made from rust-resistant galvanized steel that is powder-coated for rust resistance. The woodgrain printing is permanent and does not fade.
GALVANIZED STEEL ROOF: The black hard top provides maximum protection from harmful UV rays, rain, snow, etc. It is powder-coated for resistance to rust, corrosion, chipping and peeling. It is very sturdy and rugged for snowy or windy conditions. The design of the metal roof helps to ensure proper water drainage.
MOSQUITO NETTING WITH BUILT-IN CURTAIN TRACK: The insect netting comes with double-sided zippers to make entering and exiting easy. The netting is see-thru and flame resistant. The netting has velcro straps and elastic ties to secure the netting in place and are easy to install and take off with the included hooks. A curtain track is built into the roofline to make using the curtains much easier.
CONVENIENT CEILING HOOK: The hanging hook inside the gazebo allows you to suspend a chandelier for additional lighting or any decoration, providing you with a more cozy ambiance. The hook load should not exceed 50 pounds.
Multi-Use: This gazebo provides 144 square feet of coverage, big enough to accommodate around 8-10 people. Perfect in your backyard, lawn, garden, outdoor deck, patio or pool area for parties, weddings, dinners, and various outdoor recreational activities.

Added to wishlistRemoved from wishlist 0
Add to compare
$2,552.24